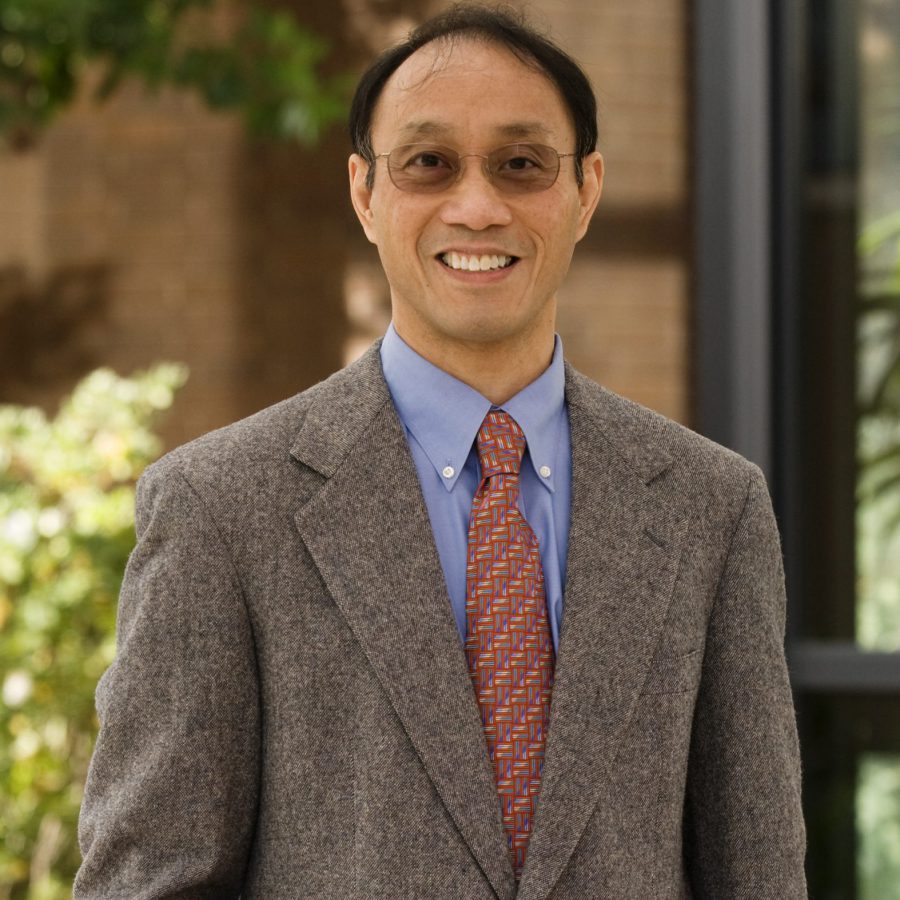 Albin Leong, MD ’77, has lived quite the journey. He grew up in a small town near the coast of Oregon. With the passing of his father, his last surviving parent, during his senior year of high school, he became independent and ambitious – traits that would see him become a successful physician. Now, Dr. Leong has chosen to give back to UC San Diego School of Medicine in support of motivated students like he once was.

“Honestly, I never thought I’d be able to afford college,” he says. “And, when I was younger, I wasn’t even sure I was smart enough. My father only had about a fifth-grade education and nobody in my family had gone to college before so it was uncharted territory. I considered other options, like joining the military, but ultimately an Episcopalian minister who became a sort of father figure to my brother and me encouraged me to apply to and attend Trinity College, Connecticut.”

It turned out that Dr. Leong had some incredible academic talent, particularly in math, and was even offered a scholarship by Caltech.

“I was admitted to most of the places I applied to, but there was just something about San Diego that made me want to come here,” he says. “I didn’t want the distractions of a large city like San Francisco or Los Angeles and being near the beach was a definite plus, along with UC San Diego’s innovative curriculum.”

But what struck Dr. Leong was what, and who, greeted him at UC San Diego School of Medicine.

“I felt really welcomed at UC San Diego. As soon as I arrived, I was invited in to sit down with the dean and director of financial aid, who helped me get oriented and set up to succeed. The school had granted me a full Regents scholarship and really made me feel like it was looking out for my interests as a student.”

In fact, in some ways, it was new to him to have as much assistance as he did.

“My guidance counselor advised me to not do part-time work. That was new – I had been used to working all the time, even as young as five years old. I’ve worked delivering newspapers, doing janitorial work, dishwashing and cooking, fish cannery work and long-shoring, juvenile hall aid, college lab cleaner; all kinds of work. So being able to just focus on school was as novel as it was invaluable.”

While at UC San Diego, Dr. Leong thrived. He was a representative for the American Medical Student Association (AMSA), captain of the medical school’s intramural basketball team, served as a student representative on the curriculum and admissions committees, and volunteered at a free clinic in Tijuana. He developed a passion for pediatrics and psychiatry, but it wasn’t always an easy road to becoming a physician.

“I had several experiences in my clerkships that helped shape me into the doctor I am now and I was ultimately matched with my first choice for my residency,” Leong says. “My experiences were overwhelmingly positive, although in my surgery clerkship someone wrote in my evaluation, ‘He cares too much about his patients to be a surgeon.’ I decided that I would continue to care ‘too much’ for my patients, but also decided maybe surgery wasn’t where I was meant to be.”

Dr. Leong is now retired from clinical medicine but caring for patients is what he enjoyed most, and received numerous awards for, over the course of a fulfilling career and volunteerism that took him all over the world. He has also been involved in academic medicine and is currently a part-time professor as well as a volunteer in a COVID-19 clinic.

“Even more than 40 years later, I still remember the names of the people who helped me as I settled into medical school. Joyce Felder, Ruth Williams, Jon Frankel – these people had an indelible impact on my life,” Leong recalls. “If I hadn’t received a scholarship for medical school, I doubt I would have gone. So now that I can, I want to help students in similar situations to mine be able to realize their dreams too. I want to help a diverse group of learners take advantage of all that UC San Diego has to offer. I don’t want a student who comes from an underserved or underrepresented community to be unable to pursue being a doctor because of their limited financial resources. As a child of poor immigrants, I know those challenges, but I also know that there can be so much power when we empower others. So if I can do something to help make that a reality – if I can pay it forward – then I feel very strongly that I should. I hope others do, too.”

Dr. Leong’s support for the university was made as a charitable remainder trust, a type of estate gift that offers some benefits for his heirs while allowing him to continue accruing cash for the scholarship fund as part of his estate planning. He says his humble beginnings have made saving, and giving, central themes in his life.

“Saving and being frugal have always been a characteristic of mine. It is also what has enabled me to able to make this gift,” he notes.

Through his charitable remainder trust, Dr. Leong will endow scholarships in perpetuity, supporting students who would otherwise be unable to attend medical school for generations to come. The legacy of the people who helped him along the way live on in him through those he has cared for, and now his legacy can live on through others as well.

Astoria, Dr. Leong’s hometown, is a city with a rich history of immigrant communities laying the foundations for the picturesque port town. In fact, the impact of the Chinese diaspora that found itself in Astoria can still be seen today. The jetties at the mouth of the Columbia and seawall along the city’s historic waterfront were both built in part by that community’s hands. Just as jetties and seawalls are the foundations for any successful port, the scholarship support that Dr. Leong’s gift will provide can be the foundation for the education of tomorrow’s medical leaders.

So in some ways, it’s no surprise that Dr. Leong has chosen to establish a legacy of his own at UC San Diego. His roots, the people who supported him along the way, and his hard-earned success have all led to this opportunity to give back. And it’s exciting to imagine what the next generation of physicians can look like thanks to Dr. Leong’s generosity.

If you would like to support future medical professionals, please consider giving to the Alumni Medical Scholarship Fund.