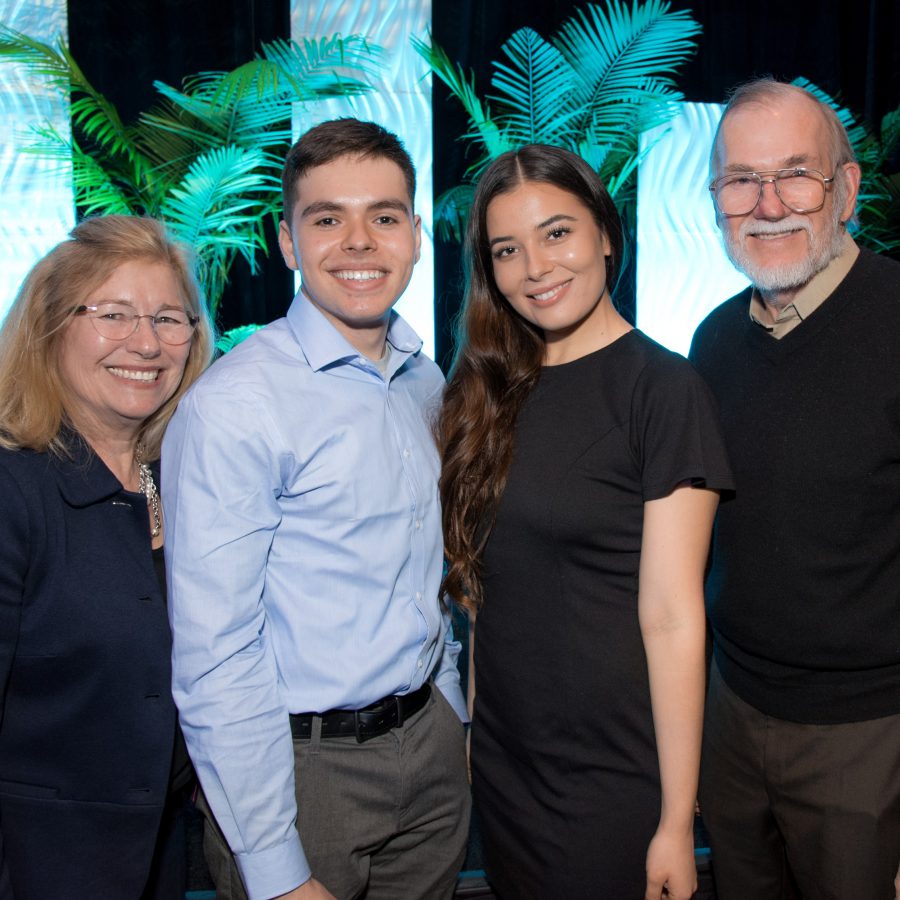 A year before Sandy Timmons planned to go to college, her father lost his job in the aerospace industry. Any expectations Sandy had for family financial help to pursue higher education evaporated as a result. Though the state provided more support for the University of California system in those days, which helped keep tuition lower, it was a scholarship that ultimately made it possible for Sandy ’81 to attend UC San Diego.

It was at college that Sandy met her future husband, Rick Sandstrom, whose journey to UC San Diego was just as improbable. Rick’s father died in the Korean Action right before Rick was born, and he and his four siblings did piece work in their garage at night to generate income for the family. Rick ’72, MS ’76, PhD ’79, would later become a first-generation college graduate, but he could not have attended UC San Diego and completed his graduate degrees without outside financial help.

“Both Rick and I received support to come to UC San Diego, and we realize that there are many others like us who have the ability to succeed here, but not the ability to pay for it,” Sandy said.

That knowledge has spurred their amazingly generous giving to the university through the years. Now, as part of their gift to the $2 billion Campaign for UC San Diego, they created the exciting new Chancellor’s Associates Endowment Challenge, a $1 million match opportunity.

“We are so grateful that we are able to contribute to the next generation of students through scholarships and student support,” said Sandy, the current Chancellor’s Associates Chair.

We in turn are extremely thankful and inspired by Sandy and Rick’s ongoing support.

Learn more about how you can be a part of the Chancellor’s Associates Endowment Challenge.