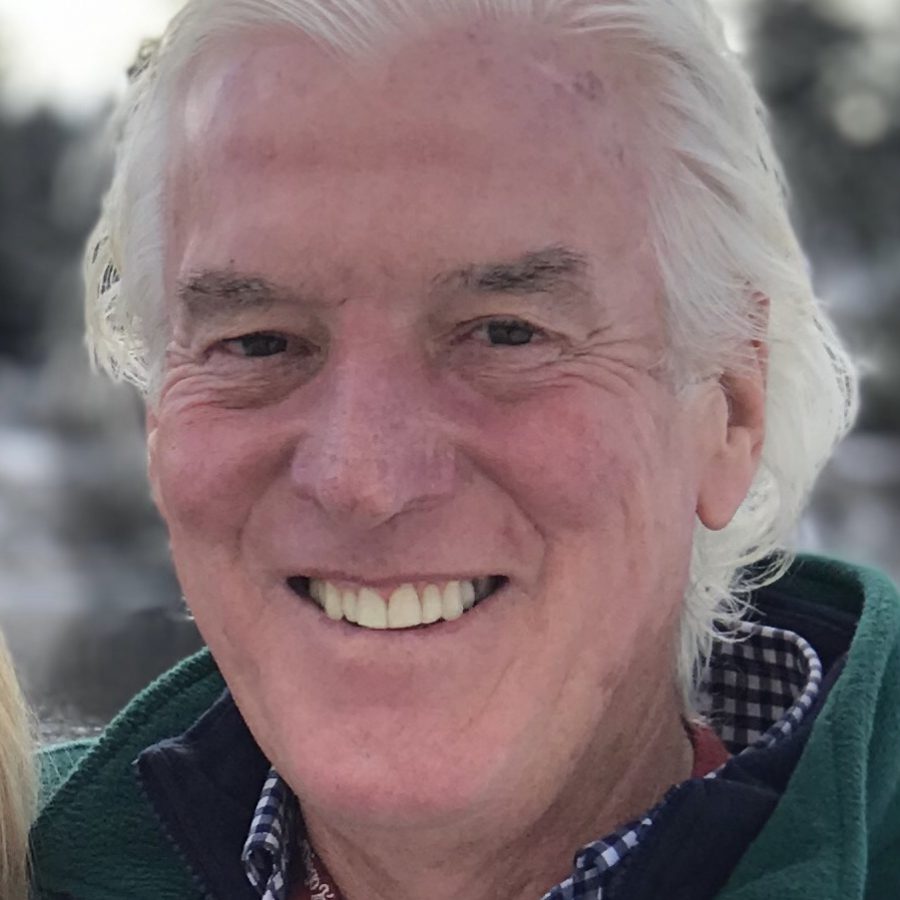 After a long career leading billion-dollar sales organizations for major media outlets including FOX Television and Discovery Communications, Bill McGowan was enjoying his retirement, splitting his time between New York City and La Jolla, when a diagnosis of esophageal cancer caught him by surprise. His physician in Connecticut was alarmed by the results of his routine bloodwork. After a series of tests and procedures, Bill learned that, while completely asymptomatic, he had developed severe dysplasia of the esophagus. A biopsy tested at Yale confirmed it was cancer.

A friend had faced the same condition years ago and highly recommended his personal physician William Sandborn, MD,  who serves as chief of the Division of Gastroenterology at UC San Diego Health. Dr. Sandborn referred Bill to Rena Yadlapati, MD, medical director of the Center for Esophageal Diseases at UC San Diego Health. Within a few weeks Bill headed to California to begin treatment.

Fortunately, an esophageal removal wasn’t necessary, but Bill needed a full ablation of the affected area, which had the potential to spread the cancer further. Dr. Yadlapati recommended a new approach that involves cutting away the cancerous area and ablating the boundaries to halt the cancer’s spread. The gastroenterology team performed an endoscopic mucosal resection (EMR), a minimally-invasive procedure used to remove lesions from the gastrointestinal tract. Bill then returned for four ablation procedures about once each month until every trace of cancer was gone.

Upon completing treatment, Bill had developed a great appreciation for the leading-edge care offered by UC San Diego Health at Moores Cancer Center, a National Cancer Institute-designated Comprehensive Cancer Center. He was so confident in the expertise of UC San Diego Health physicians that he also arranged to see urologist Christopher Kane, MD, to check his prostate health, as he has a family history of prostate cancer. “Other places just did some blood tests, but Dr. Kane’s team did a full comprehensive review,” says Bill. “That made me so much more confident in their assessment that my very low-grade prostate cancer is not expected to progress. But if it does, I know where I’ll go.”

Beyond the excellent care he received, Bill was impressed with his overall treatment experience. “Dr. Yadlapati and the whole team were so attentive,” says Bill. “They reached out to the pathologist at Yale who initially diagnosed me to make sure we got it right. Everything was on the Epic electronic medical record, and they were very helpful with scheduling throughout the whole process. As a student of management, I was just really impressed with how they ran things,” says Bill. “From parking to check-in to follow-up, it was miles from what I had experienced elsewhere.”

For those considering seeking cancer treatment at UC San Diego, Bill says, “Go there in a heartbeat. Dr. Sandborn personally checked in on me in recovery. To me, that was emblematic of how patient-centric they were. It was 100 percent patient-focused.”

If you would like to help support the Gastroenterology Fellowship Program at UC San Diego Health, please consider making a gift to the program’s support fund.