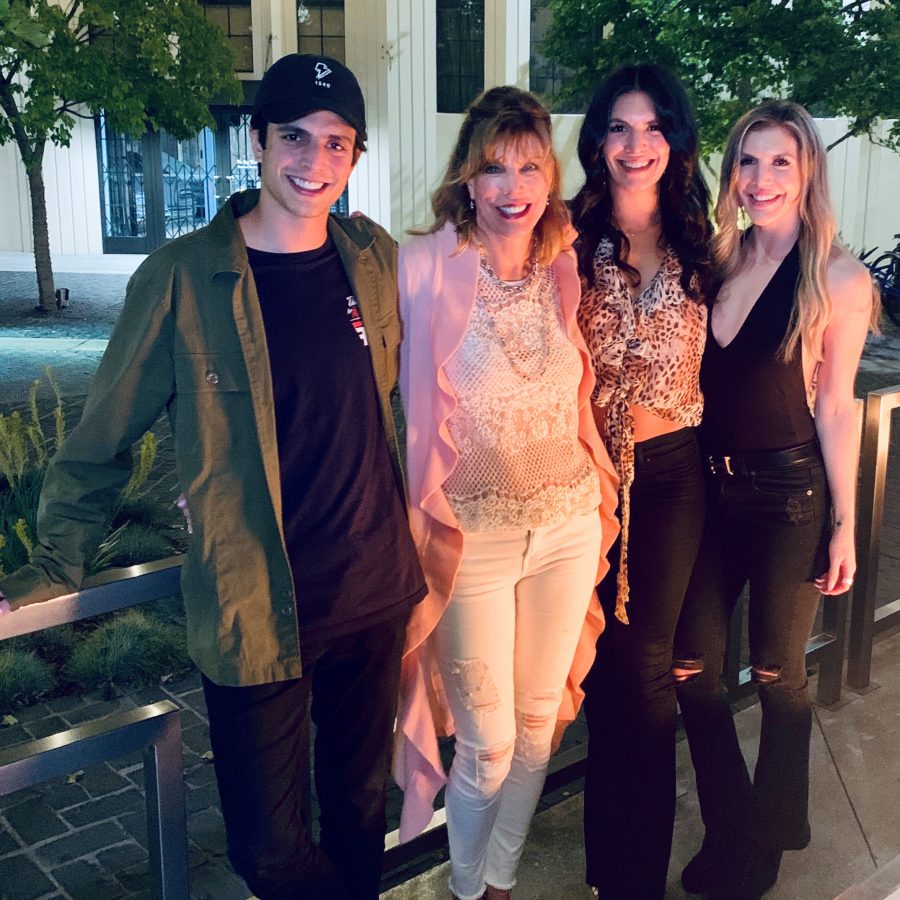 There is perhaps nothing more superhuman than the strength summoned by parents when a child is facing a health crisis. And it’s often a lifelong journey, changing the trajectory of each family member’s life and creating new obstacles to overcome. For Joan Levis, her daughter Chloe’s struggle with Crohn’s disease transformed her into a keen fundraiser, a researcher and an advocate for those with “hidden” chronic diseases that are not well understood by most people. It also inspired her to support leading-edge research in Crohn’s disease treatment taking place at UC San Diego, where Chloe’s seven-year battle with the disease finally changed course.

“The biggest difficulty for people with these chronic illnesses is that they’re very isolating,” Joan said. “It’s hard for younger people to reach out for help. Other people don’t believe they’re sick because they don’t see or understand the disease. With Crohn’s disease, others often think it’s a nutrition problem. Education is important. I’ve had to explain to people that it’s not cancer, but it’s similar because it can be remittent and debilitating and come back anytime.”

Chloe developed Crohn’s disease when she was 10 years old. This rare, chronic form of inflammatory bowel disease (IBD) can lead to abdominal pain, diarrhea, fatigue, weight loss and malnutrition. It severely impacted her life, requiring long hospital stays and making it difficult to develop friendships and pursue the athletic endeavors she loved. The family lived in Idaho at the time, and Joan became deeply involved in the Northwest chapter of the Crohn’s & Colitis Foundation, leading fundraising efforts that raised money for outreach, research and clinical care programs.

“The sicker she got, the more I dug in,” Joan explained. “When her doctors said she’d have to have her colon removed, I did everything I could to make sure that didn’t happen. That’s one of the reasons research funding is so key — to help find therapies and create new ones that empower people to maintain their quality of life.”

When Chloe was 16 years old and still not responding well to treatment, Joan came across an article about vedolizumab, a new drug to treat colitis and Crohn’s disease, which was the subject of a clinical trial at UC San Diego Health. She contacted the author of the article, who connected her with William Sandborn, MD, chief of the Division of Gastroenterology and director of the Inflammatory Bowel Disease Center at UC San Diego School of Medicine. Dr. Sandborn immediately replied to discuss Chloe’s situation. It turned out Chloe was too young to take part in the trial, but Dr. Sandborn felt she could benefit from another therapeutic option instead.

“We were considering a few specialists,” says Joan, “but ended up in San Diego partly because Dr. Sandborn personally reached out to me. I thought highly of his work and the personal attention he gave to Chloe’s case.”

At that time Chloe was very sick and in grave danger of losing her colon to the disease. After a weeklong hospital stay and with the help of steroids, she began to improve and responded well to the new drug Dr. Sandborn recommended, ustekinumab, which she still takes today. This treatment helped to turn Chloe’s life around — along with comprehensive support for the related health issues she faced. Crohn’s disease often results in a complex array of conditions, from IBD symptoms to anemia to eating disorders, and Chloe has continued to turn to Dr. Sandborn and UC San Diego Health for guidance.

“It’s hard to stabilize the side effects of the disease. Seeking out care from a researcher like Dr. Sandborn is far and away the best thing you can do to help a child,” Joan said. “He really cares for his patients and for parents who don’t want to see their child in pain. We are phenomenally lucky to have found him. He helped Chloe with a lot of situations related to the disease. Nothing’s too small for him.”

Once the disease became more manageable, Chloe was able to make up for some lost time during her college years. She attended the University of Southern California, maintaining a high GPA and even walking on to the USC rowing team to become an accomplished NCAA athlete with several titles, including crewing the team to win the San Diego Crew Classic. Today, at age 24, Chloe’s symptoms are still under control. She lives in Los Angeles, pursuing her career in sports journalism by writing for Fox Sports Digital.

“Having an illness is really hard and unpredictable, but it’s made her a very strong person,” says Joan. “Stress can instigate a flare-up, so we used a lot of humor while she was hospitalized so we could laugh.”

With the worst of the journey behind them — hopefully for good — Joan is now focused on helping to improve health outcomes and standards of care for others living with Crohn’s disease by supporting the Division of Gastroenterology at UC San Diego School of Medicine, the top gastroenterology program in the nation for research output and publications according to U.S. News & World Report. Her contributions are accelerating research into new treatments as well as studies on the psychological impacts of the disease. She also supports the development of the division’s extensive biobank, a repository of biological samples from patients that serves as a valuable resource for researchers as they develop new therapies for chronic conditions like Crohn’s disease.

“In all my years I’ve met a few doctors that go above and beyond, and Dr. Sandborn is one of those people,” says Joan. “I was an avid fundraiser, but I realized I could do even more by supporting him and UC San Diego. Chloe’s older sister Anna also got involved. It’s a family illness when somebody gets sick like this. Her brother and sister rallied around it. Having a support system is key to getting well.”

If you would like to help support the Inflammatory Bowel Disease Center at UC San Diego Health, please consider making a donation to the center.